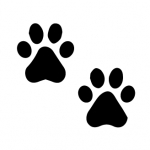 Much of what we find on the internet has been stripped of context. Maybe there’s a video of a fight between two people with Person A as the aggressor. But what happened before that? What was clipped out of the video and what stayed in? Maybe there’s a picture that seems real but the caption could be misleading. Maybe a claim is made about a new medical treatment based on a research finding — but you’re not certain if the cited research paper really said that.

In these cases we’ll have you trace the claim, quote, or media back to the source, so you can see it in its original context and get a sense if the version you saw was accurately presented.

There’s a theme that runs through all of these moves: they are about reconstructing the necessary context to read, view, or listen to your content effectively.

One piece of context is who the speaker or publisher is. What’s their expertise? What’s their agenda? What’s their record of fairness or accuracy? So, we investigate the source. Just as when you hear a rumor you want to know who the source is before reacting when you encounter something on the web you need the same sort of context.

When it comes to claims, a key piece of context includes whether they are broadly accepted or rejected or something in-between. By scanning for other coverage, you can see what the expert consensus is on a claim, learn the history around it, and ultimately land on a better source.

Finally, when evidence is presented with a certain frame — whether a quote or a video, or a scientific finding — sometimes it helps to reconstruct the original context in which the photo was taken, or a research claim was made. It can look quite different in context!

In some cases, these techniques will show you claims are outright wrong, or that sources are legitimately “bad actors” who are trying to deceive you. But in most cases they do something just as important: they reestablish the context that the web so often strips away, allowing for more fruitful engagement with all digital information.

When Should You Stop?

Head and Eisenberg (2010) found that students often don’t know when they should stop trying to find and evaluate sources for a particular project. How many sources are enough? It’s hard to say, exactly. But you’ll need enough to meet the information needs of your project and to meet the requirements your professor told you about.

Furthermore, you may change your mind as you continue working on your project. There is probably not a researcher alive who hasn’t thought they had enough relevant and sources, only to change their mind later when they were actually writing the final product.

The Sources Checklist can help you decide what you have enough of and to keep track of needs yet to be met.

Have you found enough sources that are relevant and credible to: