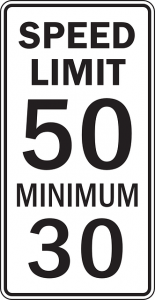 One way of thinking about thinking focuses attention to the fact that humans have two different ways of arriving at beliefs or opinions. Similar to the contrast between opinions of the moment and reflective or deliberative opinions, one method is FAST and easy but less reliable and the other is SLOW and takes lots of hard work but is more reliable.  In the discipline of critical thinking, reasoning is judged better if it is more reliable.

The goal of slow thinking or critical thinking is to determine which claims are true. So accuracy is the standard by which slow thinking is considered better thinking.  But from an evolutionary perspective, there are times when “jumping to a conclusion” is better than taking the time to reflect and deliberate, even if it is less reliable. If a dangerous predator is coming your way, moving to safety FAST will keep you alive. It may be that you will jump and run for cover in situations where there is no real danger. But better to be wrong and alive, according to the people doing evolutionary psychology.

Slow thinking is often referred to as “deliberative,” and the verb form is to deliberate.

We all come up against all sorts of occasions in our lives requiring fast action, with no time to deliberate. But the skills you will practice all take time. They are for when you can think ahead or you have lived through a fast decision and want to think critically about the decision you made, keeping open that you might well have done something else if you had the luxury of time to reflect.

A process like this has been developed and routinely used by the U.S. military. The idea is not to point fingers at people who had to choose fast, and whose decisions in hindsight can be seen clearly to not have been the best. Instead, the point of an after-action review is to take time, after the fact of action, to think over the available options and the pros and cons of each choice with the intention to deepen our learning in preparation for future contexts requiring fast choice. Much of what we will be doing in the class is like an after-action review.