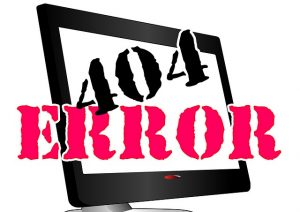 A fallacy is a deceptive argument that tries to persuade us to accept the claim that is being advanced, but the reasons in support of the claim are irrelevant or inappropriate. Put differently, a fallacy is an error in reasoning. This differs from a factual error, which is simply being wrong about the facts.

As you will see, some basic background information on fallacies is provided in the suggested online references. In this reading, we shed some more light on the topic. Please remember that while it is important to consult multiple sources, the outcome of the learning process should be that you will be able to recognize inadequacies in arguments. In the section below, we will introduce you to some of the most common fallacies. There are many more types of fallacies that are not covered in this reading, such as the argument from ignorance, appeal to force (or coercion), appeal to the masses, appeal to pity, appeal to spite, shifting the burden of proof, post hoc reasoning, red herring fallacy, affirming the consequent, denying the antecedent, et cetera.

A slippery slope argument leads one from seemingly unimportant and obviously true first premises to calamitous and exaggerated consequences in the conclusion. The “slippery slope” argument format is essentially that if you make any exceptions to a rule, or if you make rules that depend on fine distinctions, pretty soon people will be ignoring the rule or rules entirely because they won’t accept the difference between the exception and everything else. This kind of fallacy is also known as the “give an inch”, or the “crack in the foundation” argument. As the names suggest, the point of departure in this kind of “argument” is that if you allow exceptions to a rule, it creates a slope away from the absoluteness of the rule, down which people will slide further and further until they will not obey the rule at all. In other words, “if you give people an inch, they will take a mile”.

This sort of “reasoning” is fallacious because there is no reason to believe that one event must inevitably follow from another without an argument for such a claim. This is especially clear in cases in which there are a significant number of steps or gradations between one event and another.

A straw man is someone without substance, who can be easily defeated. Sometimes an opponent will respond to an arguer’s claim by interpreting it in a way that makes it easy for him to knock down the argument. He deliberately ignores the strong points of the argument and attacks a straw man.

Suppose an arguer claims that nonhuman animals should be accorded rights to protect them from unnecessary suffering because of their sensitivity to pain. A respondent says that this is unacceptable because animals are stupid and therefore would not be able to claim their rights anyway.

Note: This is not what was claimed in the original argument. The opponent attacks a straw man, rather than the real issue.

To identify a straw man argument, you must be familiar enough with the topic in question to recognize when someone is setting up a caricature. Understanding when someone is using this deceptive tactic is the best way to call attention to the weakness of the straw man position.

As you will see in the online references, the fallacy of begging the question occurs when what is supposedly proved by the conclusion of an argument is already assumed to be true in the premises. In other words, the very thing you are trying to prove (your conclusion) is presupposed in the supporting argument (your premises). This is sometimes called “circular reasoning”. Carefully look at the following example:

Deliberately ending the life of a fetus is murder. So it should be clear that abortion is nothing but the illegal killing of the fetus.

The premise of this argument and its conclusion make exactly the same claims, because “abortion” means the “deliberate ending of the life of a fetus” and “murder” means “illegal killing”. The premise gives no support to the conclusion and the argument begs the question.

The fallacies discussed above make it clear why it is important to know how to take apart an argument and examine its constituent parts. By moving beyond the wordiness, it is possible to look at each piece individually and see that we just have the same ideas being presented more than once.

An ad hominem argument attacks the character or circumstances of the person who is making a claim rather than challenging the claim itself.

John Teller’s argument is exactly what one can expect from an atheist like him. In this example, the person is attacked rather than the soundness of her argument.

Note that there are three forms of an ad hominem argument:

For example, there is nothing wrong with human cloning. I know this because my medical doctor said that human cloning is morally justified.

The fallacy of false dilemma occurs when an “either-or” choice is presented when, in fact, there are more than two alternatives. Here is an example:

Here the fallacy of false dilemma is committed because the arguer presents only two alternatives when, in fact, there are more options available for dealing with the situation at hand. This kind of either-or argument ignores the complexity of the issue.

This fallacy occurs when a generalization is made on the basis of insufficient evidence. For example:

Mr. Williams claims: “All good engineers are men because I have not come across any good female engineers”.

Here, Mr Williams commits the fallacy of hasty generalization because he has not looked into all cases of engineers, male or female. The reason Mr. Williams offers for his claim or generalization is insufficient or ill-considered.

We have noted several common fallacies in reasoning. But an argument can fail in many other ways. The point is not to look out for particular fallacies only, but to develop a sense of when an argument is going astray. We can only develop this sense with practice. In subsequent Modules, you will be introduced to the techniques of argument analysis and argument evaluation in detail. But, in the end, successful critical and philosophical reasoning relies on acquiring a knack for recognizing bad arguments.

For additional information on fallacies check out: