Stereotypes are generalizations, or assumptions, that people make about the characteristics of all members of a group, based on an image (often wrong) about what people in that group are like. 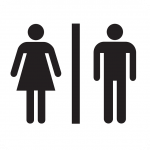 We need labels to make quick judgments, but relying on labels leads to stereotyping and prejudice. We ignore individual differences. Soon we see only the label. We usually stereotype groups to which we do not belong. The poor stereotype the rich and the rich stereotype the poor. Kids stereotype “old folks”, who in turn stereotype “today’s kids”. We have trouble identifying individual members of groups we stereotype. To us, “they all look alike”. Police notice this when witnesses try to pick the guilty person out of a line-up consisting entirely of one ethnic group. Many of us hold a stereotype that “bad guys” should look bad; learned probably from watching movies and television. But the most evil criminals can look very ordinary. Believers in the “criminal stereotype” sometimes protect themselves against the label only to fall victim to the reality.

Nations at war create stereotypes to label the enemy. Soldiers find killing humans like themselves difficult. So, propaganda departments create labels for the enemy so that they appear less than human, and therefore more “killable”. This process is called dehumanization. When those stereotyped believe the label applied to them it becomes a “self-fulfilling prophecy”. The label encourages behavior that makes the label come true.

Many, and possibly most, judgments of people based on membership in a group are likely to be based on stereotyping. Statements that begin with “people like you”, or “you people” are likely stereotypes even if you believe they are factual. We think the best way to overcome a stereotype is by personal contact. The more individuals in a group you know personally, the more difficult it is to believe a stereotype. In this regard, we would like to encourage you to make contact with fellow students who belong to cultural groups other than yours, because exposure to individual differences is part of a true education. Travel can have the same effect. As simple a stereotype as “Scandinavians are blue-eyed blondes” is challenged by a trip to Sweden, Finland, or Denmark where simple observation proves it false.