One type of unobtrusive research allows you to skip the data collection phase altogether. To many, skipping the data collection phase is preferable since it allows the researcher to proceed directly to answering their question through data analysis. When researchers analyze data originally gathered by another person or entity, they engage in secondary data analysis. Researchers gain access to data collected by other researchers, government agencies, and other unique sources by making connections with individuals engaged in primary research or accessing their data via publicly available sources.

Imagine you wanted to study whether race or gender influenced what major people chose at your college. You could do your best to distribute a survey to a representative sample of students, but perhaps a better idea would be to ask your college registrar for this information. Your college already collects this information on all of its students. Wouldn’t it be better to simply ask for access to this information, rather than collecting it yourself? Maybe.

Some of you may be thinking, “I never gave my college permission to share my information with other researchers.” Depending on the policies of your university, this may or may not be true. In any case, secondary data is usually anonymized or does not contain identifying information. In our example, students’ names, student ID numbers, home towns, and other identifying details would not be shared with a secondary researcher. Instead, just the information on the variables—race, gender, and major—would be shared. Techniques to make data anonymous are not foolproof, however, and this is a challenge to secondary data analysis.  Researchers have been able to identify individuals in “anonymized” data from credit card companies, Netflix, AOL, and online advertising companies have been able to be unmasked (Bode, 2017; de Montjoy, Radaelli, Singh, & Pentland, 2015). 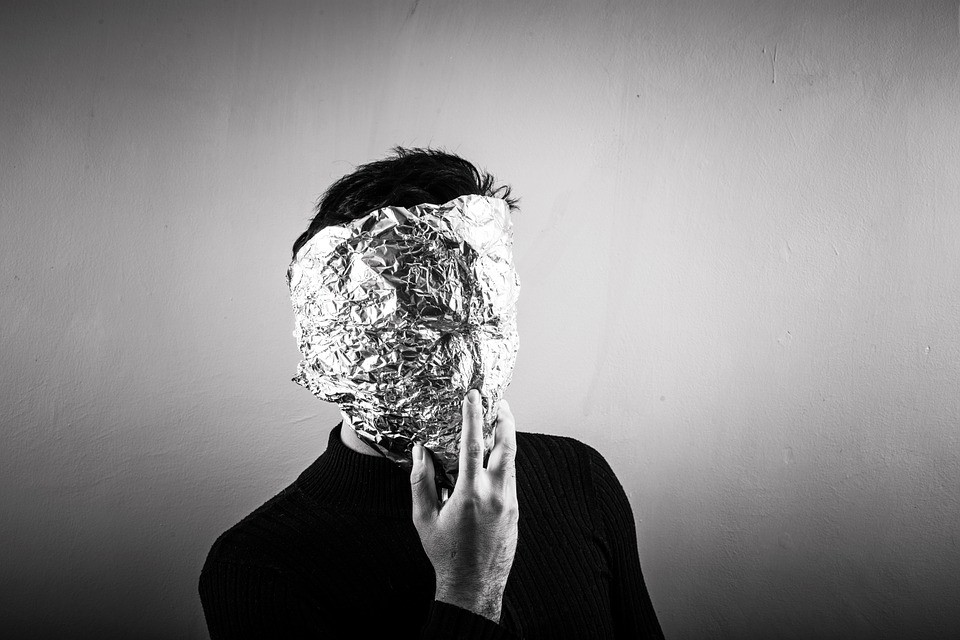 Another challenge with secondary data stems from the lack of control over the data collection process. Perhaps your university made a mistake on their forms or entered data incorrectly. If this were your data, you could correct errors like this right away. With secondary data, you are less able to correct for any errors made by the original source during data collection. More importantly, you may not know these errors exist and reach erroneous conclusions as a result. Researchers using secondary data should evaluate the procedures used to collect the data wherever possible, and data that lacks documentation on procedures should be used with caution.

Secondary researchers, particularly those conducting quantitative research, must also ensure that their conceptualization and operationalization of variables matches that of the primary researchers. If your secondary analysis focuses on a variable that was not a major part of the original analysis, you may not have enough information about that variable to conduct a thorough analysis. For example, you want to study whether depression is associated with income for students and you found a dataset that included those variables. If depression was not a focus of the dataset, the original researchers may only have included a question like, “Have you ever been diagnosed with major depressive disorder?” While answers to this question will give you some information about depression, it will not give you the depth that a scale like Beck’s Depression Inventory or the Hamilton Rating Scale for Depression would or provide information about severity of symptoms like hospitalization or suicide attempts. Without this level of depth, your analysis may lack validity. Even when operationalization for your variables of interest is thorough, researchers may conceptualize variables differently than you do. Perhaps they were interested in whether a person was diagnosed with depression anytime in their life, whereas, you are concerned with their current symptoms of depression. For these reasons, understanding the original study thoroughly by reading the study documentation is a requirement for rigorous secondary data analysis.

The lack of control over the data collection process also hamstrings the research process itself. While some studies are created perfectly, most are refined through pilot testing and feedback before the full study is conducted (Engel & Schutt, 2016).  Secondary data analysis does not allow you to engage in this process. For qualitative researchers in particular, this is an important challenge. Qualitative research, particularly from the interpretivist paradigm, uses emergent processes in which research questions, conceptualization of terms, and measures develop and change over the course of the study. Secondary data analysis inhibits this process from taking place because the data are already collected. Because qualitative methods often involve analyzing the context in which data are collected, secondary researchers may have difficulty authentically and accurately representing the original data in a new analysis.

Another challenge for research using secondary data can be getting access to the data. Researchers seeking access to data collected by universities (or hospitals, health insurers, human service agencies, etc.) must have the support of the administration. It may be important for researchers to form a partnership with the agency or university whose data is included in the secondary data analysis. Administrators will trust people who they perceive as competent, reputable, and objective. They must trust you to engage in rigorous and conscientious research.  Some secondary data are available in repositories where the researcher can have somewhat automatic access if she is able to demonstrate her competence to complete the analysis, shares her data analysis plan, and receives ethical approval from an IRB. Administrators of data that are often accessed by researchers, such as Medicaid or Census data, may fall into this category.

Many sources of quantitative data are publicly available. The General Social Survey (GSS), which was discussed in Chapter 7 , is one of the most commonly used sources of publicly available data among quantitative researchers. Data for the GSS have been collected regularly since 1972, thus offering social researchers the opportunity to investigate changes in Americans’ attitudes and beliefs over time. Questions on the GSS cover an extremely broad range of topics, from family life to political and religious beliefs to work experiences.

Other sources of quantitative data include Add Health, a study that was initiated in 1994 to learn about the lives and behaviors of adolescents in the United States, and the Wisconsin Longitudinal Study, a study that has, for over 40 years, surveyed a panel of 10,000 people who graduated from Wisconsin high schools in 1957. Quantitative researchers interested in studying social processes outside of the United States also have many options when it comes to publicly available data sets. Data from the British Household Panel Study, a longitudinal, representative survey of households in Britain, are freely available to those conducting academic research (private entities are charged for access to the data). The International Social Survey Programme merges the GSS with its counterparts in other countries around the globe. These represent just a few of the many sources of publicly available quantitative data.

Unfortunately for qualitative researchers, far fewer sources of free, publicly available qualitative data exist. This is slowly changing, however, as technical sophistication grows and it becomes easier to digitize and share qualitative data. Despite comparatively fewer sources than for quantitative data, there are still a number of data sources available to qualitative researchers whose interests or resources limit their ability to collect data on their own. The Murray Research Archive, housed at the Institute for Quantitative Social Science at Harvard University, offers case histories and qualitative interview data. The Global Feminisms project at the University of Michigan offers interview transcripts and videotaped oral histories focused on feminist activism; women’s movements; and academic women’s studies in China, India, Poland, and the United States. At the University of Connecticut, the Oral History Office provides links to a number of other oral history sites. Not all the links offer publicly available data, but many do. Finally, the Southern Historical Collection at University of North Carolina–Chapel Hill offers digital versions of many primary documents online such as journals, letters, correspondence, and other papers that document the history and culture of the American South.

Keep in mind that the resources mentioned here represent just a snapshot of the many sources of publicly available data that can be easily accessed via the web. Table 10.4 summarizes the data sources discussed in this section.

Dr. Kathy Lee of the University of Texas at Arlington’s School of Social Work is interested in mental health and quality of life among vulnerable and marginalized older adults and their family caregivers. Dr. Lee is particularly interested in social participation interventions and psychosocial intervention that promote their health and well-being outcomes. The majority of Dr. Lee’s work has been conducted with panel survey data from the Health and Retirement Study (HRS). Some advantages of using secondary data includes building evidence based on high quality data (i.e., nationally representative data that are easily accessible) and allowing researchers to understand social trends over time. Although secondary analysis requires time and efforts to be familiar with the dataset due to its complexity and breadth, researchers can answer a wide range of research questions, particularly with knowledge of survey statistics and methods.

HRS is the first and the largest longitudinal study, consisting of over 37,000 individuals age 50 and over in 23,000 households in the United States. The purpose of HRS is to inform researchers and policymakers of important issues of retirement and health of aging populations and to promote discussion to respond to the rapidly aging society. Since 1992, a variety of content and data have been included, such as physical measures, biomarkers, and psychosocial factors, making the study multi-disciplinary. The data are collected through multiple modes: face-to-face, telephone, and mail. The survey is conducted biannually with support from the National Institute on Aging and the Social Security Administration. Panel survey data from publicly available databases, like HRS, are very essential for researchers to better understand opportunities and challenges to aging. 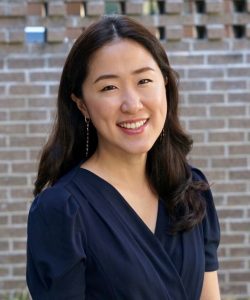 Research involving secondary data can be an important contribution to improving the lives of social work clients. The value of Dr. Lee’s secondary data research was recognized by the Gerontological Society of America who awarded her the Junior Scholar Award for Research Related to Disadvantaged Older Adults and the Emerging Scholar and Professional Organization Poster Award in 2018.

Dr. Lee is currently working on multiple other secondary analyses to broaden knowledge around social participation and depression among vulnerable aging populations.